Our vision is to show people Jesus.

St. Christopher’s By-the-Sea Episcopal Church and Montessori School’s vision is to be a joyous and welcoming Christ Centered Community which provides for age, gender and interest appropriate opportunities to build relationships with the Lord and each other.

Welcome to St. Christopher’s By-the-Sea Episcopal Church in Key Biscayne. We hope that you will join us soon for worship and for service to others, which are at the heart of our life together.

On Christmas Day, 1959, the parish’s first service was held in the Little Island Playhouse. The congregation soon moved into the building later known as the Calusa Playhouse, which it occupied until the present church came into service on Christmas Day, 1967.

The outdoor chapel and the Burton-Campbell Columbarium were built in 1976 and the present Parish Hall was added in 1987, allowing the original Parish Hall to be converted to the classrooms prayer gardenthat now house the Montessori preschool program. A new building for primary grades for the school was added in 1996, with upper elementary grades added with the completion of the second floor of the school building in 2001.A successful Capital Campaign in 2001 provided major renovations and improvements. Another fund drive in 2007 launched new gardens and other enhancements.

For the 2007 school year, a modular temporary classroom was installed to facilitate upgrading of existing facilities and to promote increased enrollment.

In 2009, the Preschool building was beautifully renovated. In 2021 we are proud to inaugurate our new state-of-the art building.

Wherever you are on your journey in faith, there is a place here for you and the people of St. Christopher’s By-the-Sea Episcopal Church. 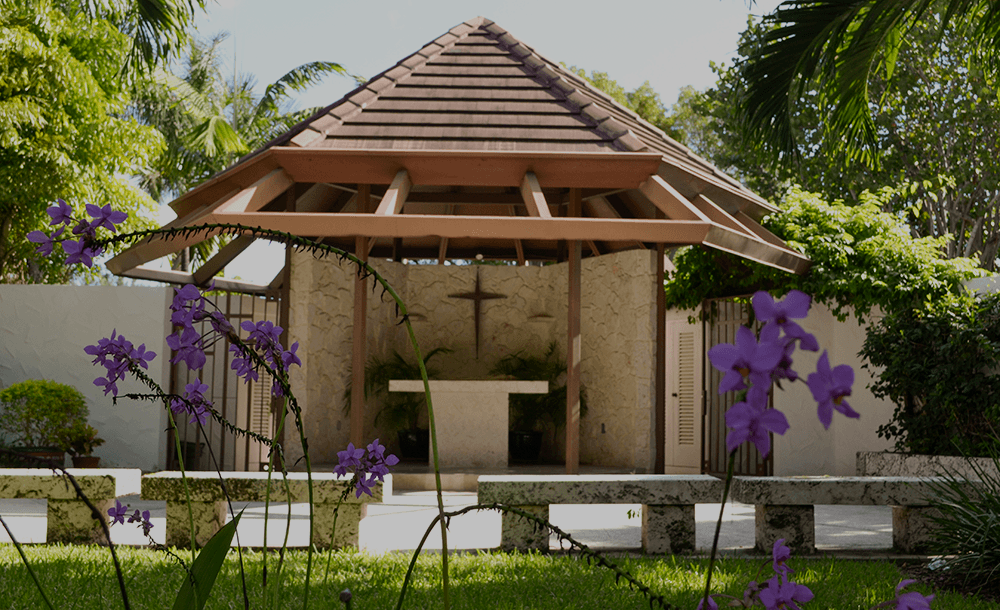