The Feast of the Holy Name Jesus Christ 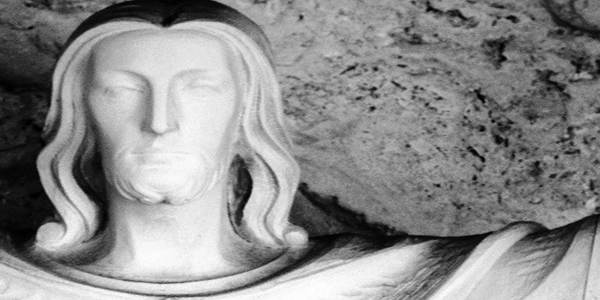 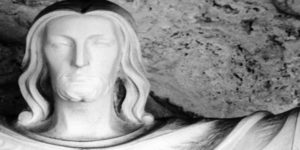 Tell me the weight of a snowflake,”
A coal mouse asks a wild dove.
“Nothing more than nothing,” is the answer.
In that case, I must tell you
A marvelous story,” the coal mouse says.
“I sat on the branch of a fir tree,
close to its trunk, when it began to snow . . .
Since I did not have anything better to do,
I counted the snowflakes settling
on the twigs and needles of my branch.
Their number was exactly 3,741,952.
When the next snowflake dropped onto
the branch – nothing more than nothing,
as you say – the branch broke off . . .”
The dove, since Noah’s time
An authority on the matter,
Thought about the story for a while
And finally says to herself:
“Perhaps, there is only one person’s voice lacking
for peace to come about in the world.”

The day the new year begins is important. Whether the new year begins in late March (the Romans), or the Fall (our Jewish sisters and brothers), it is not the day, but the possibilty of beginning anew that we cling to. And yet, “new year’s resolutions” do not have a high rate of success. Something more than resoultions are needed.
The story of the coal mouse and wild dove invites us to a new way of thinking about ourselves. In this vast fast paced technology driven world, among billions of people, we have a role. We do believe that, some day, peace will be realized in our world; racism and exploitation of people will pass, people will be house, fed and educated. We do not know when this will happen, but we must continue to belileve that our voice, our participation is necessary. In our story that 3,741,953rd snowflake, the addition of “nothing more than nothing” changes everything.
While each person is important, we have been given each other. We do not live and work alone. We belong to a community. Your work, your presence, your voice and gives are an important part of this community – St. Christopher’s By-the-Sea Episcopal Church on Harbor Drive. I thank you for all you have done for St. Christopher’s in times past and look forward to the gifts you will share in the future – the snowflake that you will add to our parish and to our world. “Perhaps, there is only one person’s voice lacking for peace to come about in the world.”
With love,